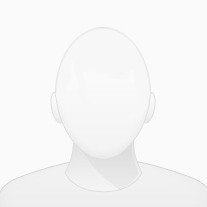 Please share a memory of Wallace to include in a keepsake book for family and friends.
View Tribute Book
Wallace Patrick Post, 62, of Shopper Ave., Canajoharie, New York, died early Tuesday morning, January 22, 2008, at Kingston Hospital, Kingston, New York due to a long battle with pneumonia. He was born in Amsterdam, New York, on July 16, 1945, the son of Wallace Henry Post and Ellen Vonderborn Post. Mr. Post graduated from Canajoharie Central School, class of 1963. He also attended St. John Fisher College in Rochester, New York as well as Utica College in Utica, New York. Wallace worked at Beech-Nut, the Leader Herald, and the Albany Times Union at different times. Mr. Post spent the majority of his life in Canajoharie. He was a communicate of St. Peter & Paul?s Roman Catholic Church. Mr. Post was an avid hunter and fisherman. He enjoyed reading and writing poetry. He was a history buff with both World War I and World War II. He was also very proud of his Irish heritage. He was predeceased by his father, Wallace H. Post. Wallace is survived by his beloved mother, Ellen Vonderborn Post of Canajoharie, New York; his cherished sisters, Shelia Post of Canajoharie, New York and Nora and her husband Richard Collins of Palatine Bridge, New York. He is also survived by his cherished nieces, Yevette Falzarine of Fort Plain, New York and Thea and her husband Javier Martinez of Miami Beach, Florida; his adored great nephew, Christion Falzarine of Fort Plain, New York; his adored great niece, Penelope Rose Martinez of Miami Beach, Florida; and many cousins. Arrangements are incomplete at this time and will be announced at a later date.
To send flowers to the family or plant a tree in memory of Wallace Post, please visit Tribute Store
Thursday
24
January

Share Your Memory of
Wallace
Upload Your Memory View All Memories
Be the first to upload a memory!
Share A Memory
Send Flowers
Plant a Tree