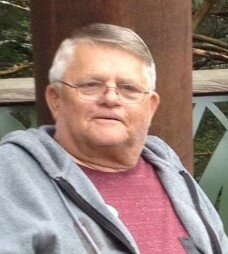 Bill was born in Amsterdam, NY, on October 13, 1950, the son of the late Maurice H. Barnes and Gloria J. Ambridge Barnes.

He was a graduate of Canajoharie High School class of 1969.

Most recently he was employed as a carpenter at the Scotia Air National Guard Base in Scotia for over 20 years, retiring as a master sergeant.

He and his wife had moved to the Rochester area in 2005, and before that they had lived in Fort Plain, NY.

He attended St. Paul’s Lutheran Church when he lived in the local area, loved to hunt, and was a proud season ticket holder for the Rochester Red Wings since 2006.

The family receive friends and relatives from 11:00 am -12:00 noon Monday, December 5th, 2022 at Houghtaling and Smith Funeral Home, Inc., 20 Otsego Street, Canajoharie, NY 13317. A funeral will follow immediately after at 12:00 noon.Burial will follow at Evergreen Cemetery, Fonda NY.

To send flowers to the family or plant a tree in memory of William Barnes, please visit Tribute Store
Monday
5
December