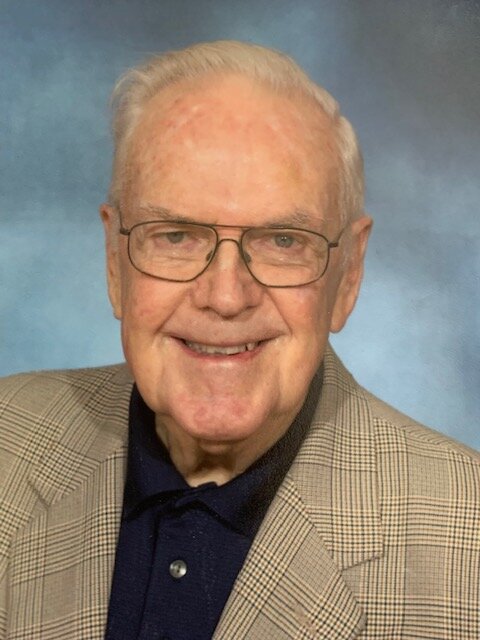 Bill was born in Lowville, New York in August 1925, the only child of Vera and Arthur MacKenzie.  Bill grew up in Lowville, spent summers as a boy at Brantingham Lake in the Adirondacks and graduated from the Lowville Free Academy in 1943.  Bill enrolled at Hamilton College and joined the Army Reserve Corps.  Two weeks after he turned 18 he was called into active military service and was commissioned as a second lieutenant after completing OCS training at Fort Sill, OK. He served in the Allied occupation forces in Germany until August 1946.  Bill returned to Hamilton College and graduated in1950.  He was a member of Chi Psi fraternity.  Bill went on to graduate from Cornell Law School in 1952.  After passing the bar, Bill moved to Canajoharie, New York to become an attorney-at-law in the firm of Bert H. Brower.  Two years later Bill became a member of the firm Brower and MacKenzie.  He was a member of the Montgomery County, New York State and American Bar Associations.

On July 3, 1954, Bill married Anita Louise Sawin, also of Lowville, NY.  Together they raised their five children in Canajoharie.  Bill is survived by all of his children including Linda MacKenzie (Steven); William MacKenzie, Jr. (Kristin); Mark MacKenzie (Mikki); Bert MacKenzie (Joyce); and Scott MacKenzie.  The family enjoyed skiing and camping trips together and regularly attended the Canajoharie Reformed Church.  Bill enjoyed being a grandfather to his ten grandchildren: Meredith, Margot, Sam, Sophie, Matt, Nora, Miles, Cameron, Zachary and Carson. He welcomed his first great-grandchild, Inez, to the family this year.

During the 40 years that Bill practiced law in Canajoharie, he served as both village attorney and Montgomery County attorney.  He served as attorney for numerous local businesses and municipal corporations.  Bill was also active in various charitable and community organizations.  He was president of the Canajoharie Library and Art Gallery and served as a trustee of the Arkell Hall Foundation for many years.  Bill served as a member of the consistory of the Reformed Church.  He was involved in the Montgomery County Chapter of the American Red Cross, and the Boy Scouts of America where he served as a Webelos leader, pack chairman and Mohawk District chairman.  Bill was incredibly proud that all four of his sons became Eagle Scouts.

Upon retirement in 1992, Bill and Anita purchased a motor home and traveled extensively throughout the United States, finally settling in the Rio Grande Valley of south Texas where they built a home in McAllen, regularly played golf together and continued to travel.  They were both active members of the First Presbyterian Church of McAllen. In 2002, Bill and Anita moved to the White Sands Retirement Community in La Jolla, California where they lived for many years, enjoying life overlooking the ocean and celebrating their 50th wedding anniversary together with friends and family.  In 2008, Bill and Anita moved back to south Texas and found a new home at John Knox Village, a retirement community in Weslaco.

After Anita’s death in 2013, Bill continued to live at John Knox. His family visited often, and he enjoyed many trips to South Padre Island with family and friends. He regularly played bridge, enjoyed being a supporter of the Valley Symphony Orchestra and took a great interest in learning south Texas history and culture.

Bill will be buried at the Canajoharie Falls Cemetery in upstate New York.  A private memorial is planned for late September.  Bill’s family would like to thank the skilled nursing staff at John Knox Village and Amedysis Hospice of Harlingen for supporting their dad and grandfather with so much care and compassion during the final weeks of his life.  Donations in Bill’s honor may be made to the Valley Symphony Orchestra of McAllen, Texas (https://valleyorchestra.org/) or a charity of your choice.

To send flowers to the family or plant a tree in memory of William MacKenzie, please visit Tribute Store

A Memorial Tree was planted for William
We are deeply sorry for your loss ~ the staff at Houghtaling & Smith Funeral Home, Inc.
Join in honoring their life - plant a memorial tree
Online Memory & Photo Sharing Event
Online Event
About this Event

Look inside to read what others have shared
Family and friends are coming together online to create a special keepsake. Every memory left on the online obituary will be automatically included in this book.
View Tribute Book
Services for William MacKenzie
There are no events scheduled. You can still show your support by sending flowers directly to the family, or planting a memorial tree in memory of William MacKenzie.
Visit the Tribute Store