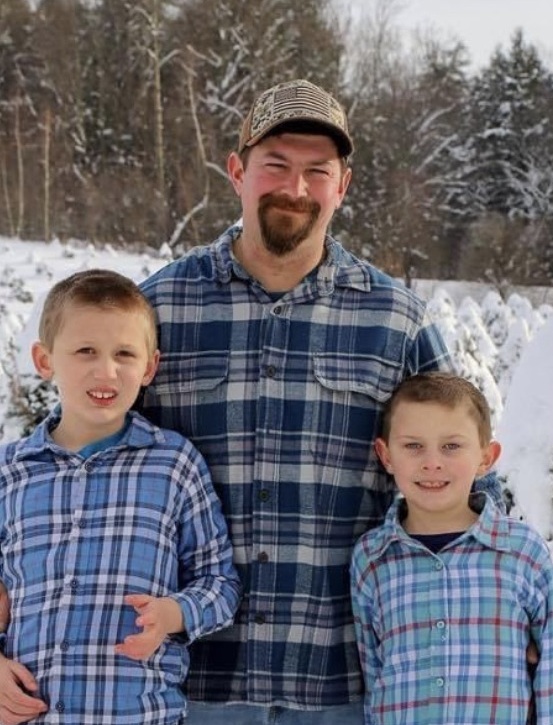 Please share a memory of Chad to include in a keepsake book for family and friends.
View Tribute Book
Mr. Chad Michael Ferjanec, 37, of Saltsman Road, St. Johnsville, New York died unexpectedly on Monday, February 21, 2022. Born on April 23, 1984 in Gloversville, New York, he was the son of Mike Ferjanec and Karen Myers Ferjanec. He was a graduate of Johnstown High School, Class of 2003 and attended Fulton Montgomery Community College. He was a lifelong resident of the local area. Most recently Chad was employed with Fed Ex Freight in Latham. Prior to his employment with Fed Ex, he worked for Fage Dairy in Johnstown. He also worked for Lexington when he was just out of High School. Chad was a member of the Ephratah Rod and Gun Club. He enjoyed hunting and fishing with his boys. He loved being a dad and was an all-around family guy. His maternal grandparents, Alvin and Birdie Myers; and paternal grandparents, Stephen Ferjanec and Mildred Denmark; and cousin, Jeremy Lyon predeceased him. Chad is survived by his parents, Karen and Mike Ferjanec of Ephratah, NY; wife, Brittany Flood Ferjanec of Mayfield, NY; sons, Aiden Ferjanec, Garret Ferjanec of Mayfield, NY; nephews, Noah and Oliver Sweet; as well as several aunts, uncles, cousins, and friends. A funeral service will be held on Saturday, February 26, 2022 at Noon at The Chapel of Houghtaling & Smith Funeral Home, Inc., 20 Otsego Street, Canajoharie, NY 13317. The family will receive relatives and friends on Saturday from 10:00-Noon at the funeral home. Burial will take place at Ephratah Rural Cemetery at a later date. In lieu of flowers please consider a donation towards Chad‘s funeral expenses that can be sent to Houghtaling & Smith Funeral Home, 20 Otsego Street, Canajoharie, NY 13317.
To send flowers to the family or plant a tree in memory of Chad Ferjanec, please visit Tribute Store

A Memorial Tree was planted for Chad
We are deeply sorry for your loss ~ the staff at Houghtaling & Smith Funeral Home, Inc.
Join in honoring their life - plant a memorial tree
Online Memory & Photo Sharing Event
Online Event
About this Event

Look inside to read what others have shared
Family and friends are coming together online to create a special keepsake. Every memory left on the online obituary will be automatically included in this book.
View Tribute Book
Services for Chad Ferjanec
There are no events scheduled. You can still show your support by sending flowers directly to the family, or planting a memorial tree in memory of Chad Ferjanec.
Visit the Tribute Store

Share Your Memory of
Chad
Upload Your Memory View All Memories
Be the first to upload a memory!
Share A Memory
Send Flowers
Plant a Tree