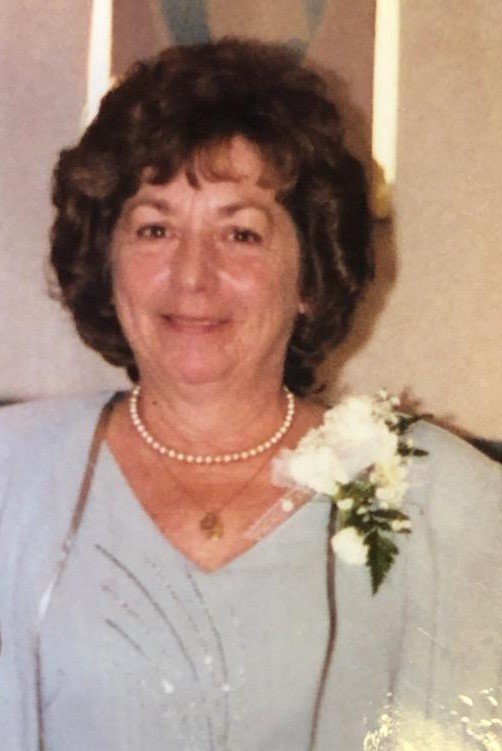 Please share a memory of Judith to include in a keepsake book for family and friends.
View Tribute Book
Mrs. Judith S. Montanye, 75, of Town of Root, New York died quietly at home on Tuesday, January 5, 2021. Born on August 15, 1945 in Amsterdam, NY, she was the daughter of Peter Smith and Eleanor Olmstead Smith. She was a graduate of Canajoharie High School, Class of 1964 and was a lifelong area resident. Judy was a mother, homemaker, and caretaker. She was a communicant of Our Lady of Hope Catholic Church. Mrs. Montanye was a past Regent of Catholic Daughters Court Catherine Ester. She loved spending time with her family, especially her grandchildren. She enjoyed drinking Pepsi and casino trips. On September 19, 1964 at the former St. Peter’s & Paul’s Catholic Church, Judy was married to Douglas P. Montanye. He preceded her in death on February 4, 2018. Her brothers, Richard Smith and Peter Neale Smith also predeceased her. Mrs. Montanye is survived by her sons, Todd Montanye, Tim and Julie Montanye, Jeffery Montanye, Michael and Stephanie Montanye; brother, David and Cathy Smith; grandchildren, Jacob, Riley, Caitlin, Tyler; step-grandchildren, Kyle and Adam; sisters-in-law, Betsy Smith, Susan Montanye; as well as several nieces, nephews, and cousins. A memorial service will be celebrated on Saturday, January 9, 2021 at 1:00PM at The Chapel of Houghtaling & Smith Funeral Home, Inc., 20 Otsego Street, Canajoharie, NY 13317. The family will receive relatives and friends on Saturday from 11:00-1:00PM at the funeral home. In lieu of flowers please consider a contribution in memory of Mrs. Judith S. Montanye to Mountain Valley Hospice, 108 Steele Ave., Gloversville, NY 12078. Please sign the online guestbook for Mrs. Montanye at www.houghtalingandsmith.com
To send flowers to the family or plant a tree in memory of Judith Montanye, please visit Tribute Store
Saturday
9
January

Share Your Memory of
Judith
Upload Your Memory View All Memories
Be the first to upload a memory!
Share A Memory
Send Flowers
Plant a Tree