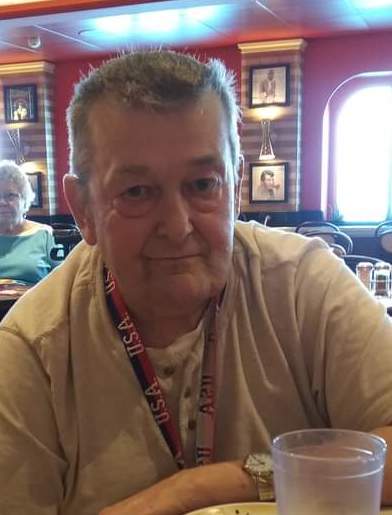 Mr. David W. Seeley, 71, of Gloversville, New York passed away peacefully on October 16, 2020, at Albany Medical Center, with his wife by his side. He was born on July 29, 1949 in Little Falls, NY, to the late Bernard R. and Ivy M. Barclay Seeley. He was a graduate of St. Johnsville High School. In October 1967 he enlisted in the United States Marine Corps and proudly served until 1971, attaining the rank of Sergeant. After discharge, he returned to St. Johnsville to join his father and his brother on the family dairy farm for 37 years until his retirement in 2008. On July 29, 1972, he married Mary Jane Javarone and they shared a wonderful union of 48 years. Mr. Seeley enjoyed hunting, traveling (especially to Maine), cruising and casino trips, and watching car shows on TV. He was happiest when he was scratching off his lottery tickets, even if he didn’t win. He is survived by his wife, Mary Jane; sister, Barbara Seeley of Canajoharie, NY; sisters-in-law, Candice Seeley of Cavendish, Vermont, Concetta (Rick) Sager of Johnstown, NY; nieces, Theresa (Aaron) Waters and their children of Perkinsville, Vermont, Amanda (Mark) Nellis and their children of Johnstown, NY, Mackenzie (Derek) Baker and their children of Mayfield, NY; nephew, Scott Seeley of Cavendish, Vermont; an aunt, several cousins and many friends who became family. He is also survived by his feline furbabies, Princess and Maxine, who he loved dearly. Besides his parents, he is predeceased by his brother, Martin Seeley, and his in-laws, Joseph and Josephine Javarone. There will be no calling hours. Burial will take place at the convenience of the family at Gerald B.H. Solomon Saratoga National Cemetery. Contributions in Mr. Seeley’s memory may be made to the Liberty Foundation, 43 Liberty Drive, Amsterdam, NY 12010. The family wishes to thank the doctors and nursing staff at Albany Medical Center for their care and compassion during David’s final days.
To send flowers to the family or plant a tree in memory of David Seeley, please visit Tribute Store

Share Your Memory of
David
Upload Your Memory View All Memories
Be the first to upload a memory!
Share A Memory
Send Flowers
Plant a Tree