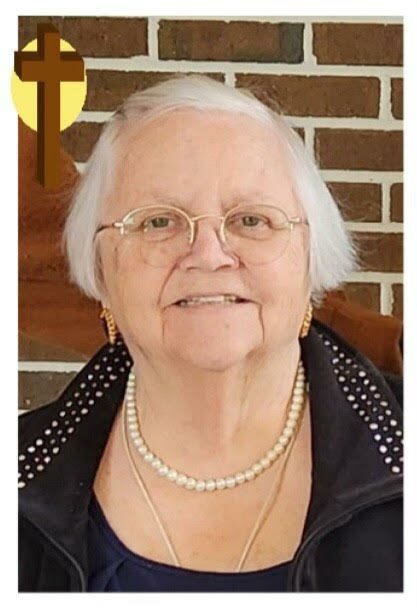 Please share a memory of Mary to include in a keepsake book for family and friends.
View Tribute Book

Mary was born in Gloversville, NY on March 6, 1937, the daughter of George Wilmer and Beatrice Mae Hayes Wilmer.

She was a graduate of Fort Plain High School, Class of 1955, and had attended The State University College at Oneonta.

Mrs. Ehle had worked for the local telephone company in Fort Plain, then went on to be the bookkeeper for the family business, The Ehle's Coal Yard. From 1964 to 1970, she started Ehle’s Ceramics and Gifts out of the family home on Canal Street. When the business had grown to a point of needing expansion, they made an addition to the building at Ehle's Coal Yard and added the ceramic and gift business to that location. She operated the business there until her retirement in 1988. After this venture, she went on to the Fort Plain Central School where she worked as a classroom aide and substitute until 1995.

In 1996, Mary and her husband, Craig, built a new home in Ocala, Florida.  They resided in Ocala for 27 years.

Mary was a faithful member of the College Road Baptist Church in Ocala, Florida.

She enjoyed playing and teaching Mahjong, teaching it to 100’s of others.  While in Florida she had joined the clown group that performed for many children and different groups of people. She became the master of ceremonies for the Pretenders, an On Top of The World group. Mary was past President and member of the Fort Plain Fire Dept. Ladies Auxiliary. She also enjoyed playing cribbage, piano, and doing puzzles.

On November 3rd, 1957 at her parent’s former home, 14 Orchard Street, Fort Plain, NY in front of their fireplace, she married her husband, Craig Ehle.

She was predeceased by her parents, and sister Linda M. Farrell.

The family invites friends and relatives to a visitation on December 27th from 4:00-6:00 PM at the Gray-Houghtaling and Smith Funeral Home, 34 Center Street, Fort Plain, NY 13339.  A Memorial Service will follow at 6:00. Burial will take place at a later date at the Fort Plain Cemetery.

To send flowers to the family or plant a tree in memory of Mary Ehle, please visit Tribute Store
Tuesday
27
December

Share Your Memory of
Mary
Upload Your Memory View All Memories
Be the first to upload a memory!
Share A Memory
Send Flowers
Plant a Tree