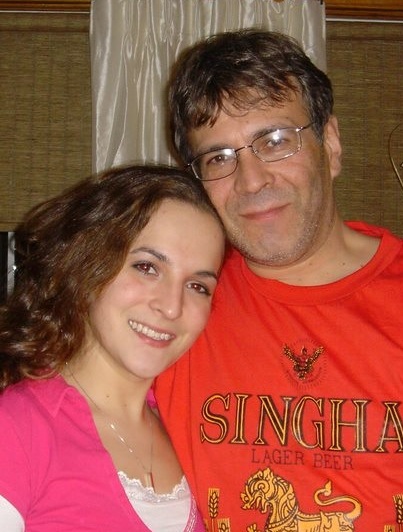 Please share a memory of Stephen to include in a keepsake book for family and friends.
View Tribute Book
Mr. Stephen John Cardinale, 64, of Phillips Ave., Canajoharie, New York died unexpectedly on Sunday, March 27, 2022, at his home. Born on October 22, 1957, he was the son of William and his lovely bride Anita Cardinale. Stephen was a graduate of Mohawk Valley Community College. He had been a resident of Phillips Ave in Canajoharie since the 1990's. Stephen worked many years at Beech-Nut, he ended his career at CBRE. He was an active member of NAMI (Montgomery Co., Hamilton Co., Fulton Co.). He was a computer whiz. He enjoyed feeding the squirrels and birds. He loved his Italian Greyhounds, fishing, visiting with friends, cooking, barbecuing, playing softball and golf. He was a craftsman and took pride in all the work he did. On September 29, 2001, Stephen married Rebecca Hodge in Canajoharie, they have been together since 1993. Stephen was predeceased by his father William and is survived by his mother, Anita; wife, Rebecca; daughter, Courtney, and Jonathan Palmeri; grandchildren, Jonathan "Hunter", Isabella; daughter, Lauren Lathers and Daniel Lentini; grandson, Adrien; sisters, Claire Cardinale, Ann Magruder and her husband, Jamie, Cathy Cardinale; nieces, Christy, Alicia, Danielle, Abby, Jeb; many great-nieces, great-nephews, cousins. Stephen shared a special relationship to Paula, Bruce and Barb Hodge, John and Paula Errigo. Special thanks to the volunteers that helped Stephen make his transition in passing. A funeral service will be held on Tuesday, April 5, 2022 at 11:00am at The Chapel of Houghtaling & Smith Funeral Home, Inc., 20 Otsego Street, Canajoharie, NY 13317. The family will receive relatives and friends on Monday, April 4, 2022 from 4:00-7:00pm at the funeral home. Contributions in memory of Mr. Stephen John Cardinale may be made to The Canajoharie Volunteer Fire Department, PO Box 28, Canajoharie, NY or to Ayres Memorial Animal Shelter, Inc., 133 Hilltop Road, Sprakers, NY.
To send flowers to the family or plant a tree in memory of Stephen Cardinale, please visit Tribute Store
Monday
4
April

Share Your Memory of
Stephen
Upload Your Memory View All Memories
Be the first to upload a memory!
Share A Memory
Send Flowers
Plant a Tree