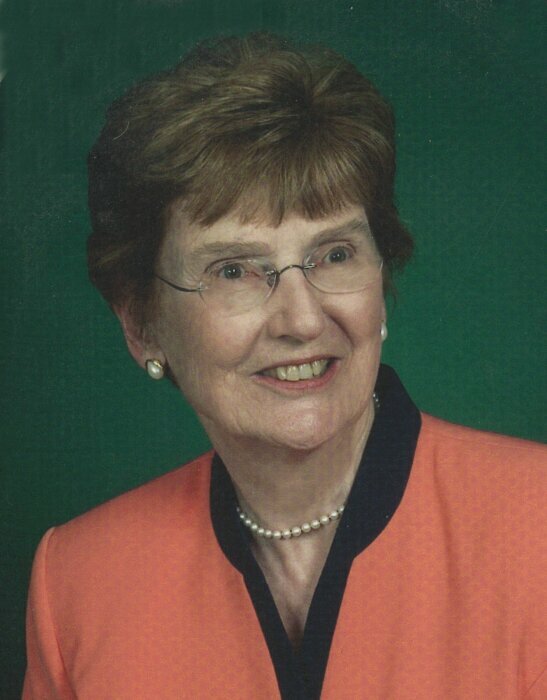 Obituary of Margaret B. Spraker

Please share a memory of Margaret to include in a keepsake book for family and friends.
View Tribute Book
Margaret "Peggy" Briggs Spraker, 92, of Noblesville, passed away on Saturday, February 12, 2022 at Riverwalk Village in Noblesville. She was born on January 5, 1930, to Leonard and Margaret (Hunt) Briggs in Trenton, New Jersey. Peggy graduated in 1951 from Syracuse University with a bachelor's degree in Fine Arts. She enjoyed tollwear painting and crafts. Peggy was mostly a homemaker but worked as a manager for JoAnn Fabrics in Michigan. She was a fabric maker. Margaret also worked as a computer backup manager for Horizon Bank. She was a member of Delta Gamma Sorority and an alumni representative of Syracuse University recruitment. Peggy was a member of Forest United Methodist Church in Virginia where she was actively involved in the building of the new church. She also attended Cicero United Methodist Church upon moving to Indiana. Peggy was an avid Bridge player, involved with the D.A.R., and enjoyed volunteering at Conner Prairie. She also loved to travel, especially to England. Peggy is survived by her son, Robert "Bob" (Mary Jane) Spraker; daughter, Margaret (Danial) Smith; granddaughters, Rebecca Jane Spraker and Alexandra Danielle Smith; grandson, Joseph Robert Spraker II; great-grandson, Zane Oliver Smith; and sister, Mildred "Mimsi" (Richard) Harder. In addition to her parents, she was preceded in death by her husband, Joseph Robert Spraker; sister, Carol Baehre; and brother-in-law, Bill Baehre. Visitation will be held on Friday, April 8, 2022, 10:00-11:00, with a funeral service following at 11:00 AM at Houghtaling & Smith Funeral Home, 20 Otsego Street, Canajoharie, New York. Peggy will be laid to rest next to her husband at Prospect Hill Cemetery in Canajoharie, New York. Memorial contributions may be made to the Humane Society for Hamilton County, 10501 Hague Road, Fishers, IN 46038 (www.hamiltonhumane.com).
To send flowers to the family or plant a tree in memory of Margaret Spraker, please visit Tribute Store
Friday
8
April

Share Your Memory of
Margaret
Upload Your Memory View All Memories
Be the first to upload a memory!
Share A Memory
Send Flowers
Plant a Tree