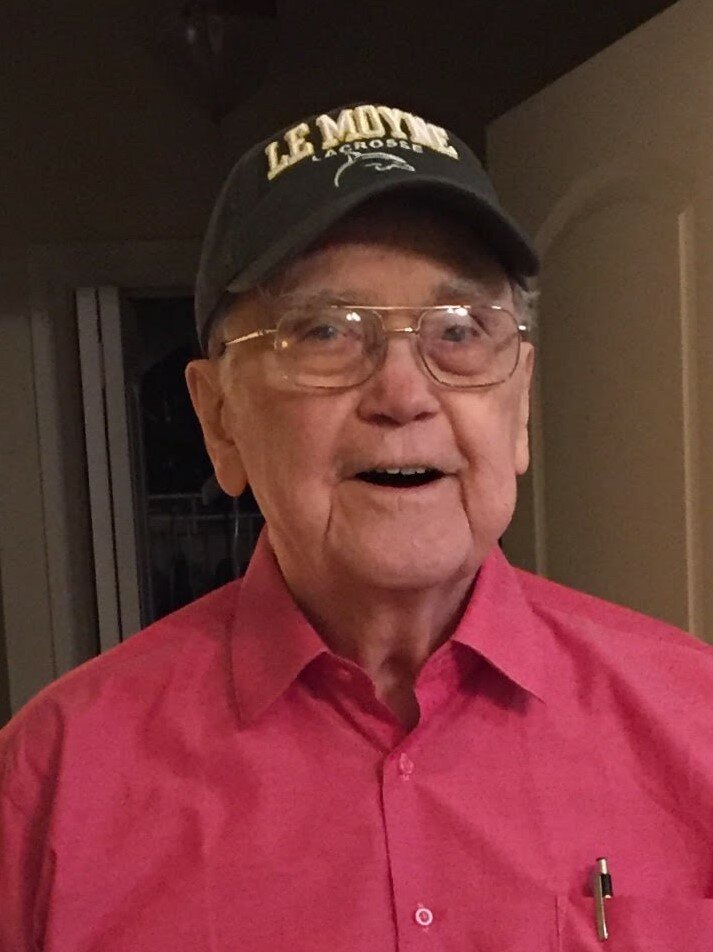 Please share a memory of Russell to include in a keepsake book for family and friends.
View Tribute Book
Mr. Russell S. Bauder, 94, formerly of Gilbert Avenue, Fort Plain and most recently of Wall Street, Clifton Park passed away Friday, January 28, 2022. Born on April 21, 1927, in Amsterdam, NY, he was the son of Russell C. Bauder and Jeanette Stowitts Bauder. After graduating from Fort Plain High School he was drafted in the US Army, serving in WWII from 1945-46 then again from 1951-53, where he was stationed as an encryption specialist in Washington DC. Following his military service he furthered his education with a B.B.A. from Clarkson University and later an M.A. from SUNY Albany. Russell went on to teach math for 5 years at Utica Public Schools and another 22 years at West Canada Valley Central Schools. He was married to Kay Sponable for over 65 years. Together, they enjoyed summers in the Caroga Lake area and winters in Myrtle Beach. They were both active members of the Fort Plain Reformed Church, with Russell serving as treasurer for several years. His favorite pastimes included tennis, a good game of pitch and rooting for his favorite Syracuse teams at the Carrier Dome every season. He was a mathematician who loved numbers. He will be remembered for his attention to detail, keen memory, and his even keel. Russell was a wonderful husband, father and grandfather who loved his family. Russell is survived by his wife, Kay S. Bauder of Clifton Park, NY; sons, Russell D. Bauder (Deborah) of Seattle, WA, Christopher Bauder (Mary) of Lake George, NY; daughter, Constance Hathway (William) of Clifton Park, NY; and his grandchildren, Jessica Bauder (Ivan), Kaitlin Fidd (Nate), Hannah Hathway, Julia Hathway, Russell P. Bauder, and Sarah Bauder. His sister Florence Dabrowski predeceased him. A memorial service will be held on Wednesday February 2, 2022, at 2:00PM at The Chapel of Gray-Houghtaling & Smith Funeral Home, Inc., 34 Center St, Fort Plain, NY with Rev. Nancy Ryan officiating. Burial will take place at Fort Plain Cemetery at a later date. Contributions in memory of Mr. Russell S. Bauder may be made to The Fort Plain Reformed Church, 165 Canal Street, Fort Plain, NY 13339.
To send flowers to the family or plant a tree in memory of Russell Bauder, please visit Tribute Store
Wednesday
2
February

Share Your Memory of
Russell
Upload Your Memory View All Memories
Be the first to upload a memory!
Share A Memory
Send Flowers
Plant a Tree