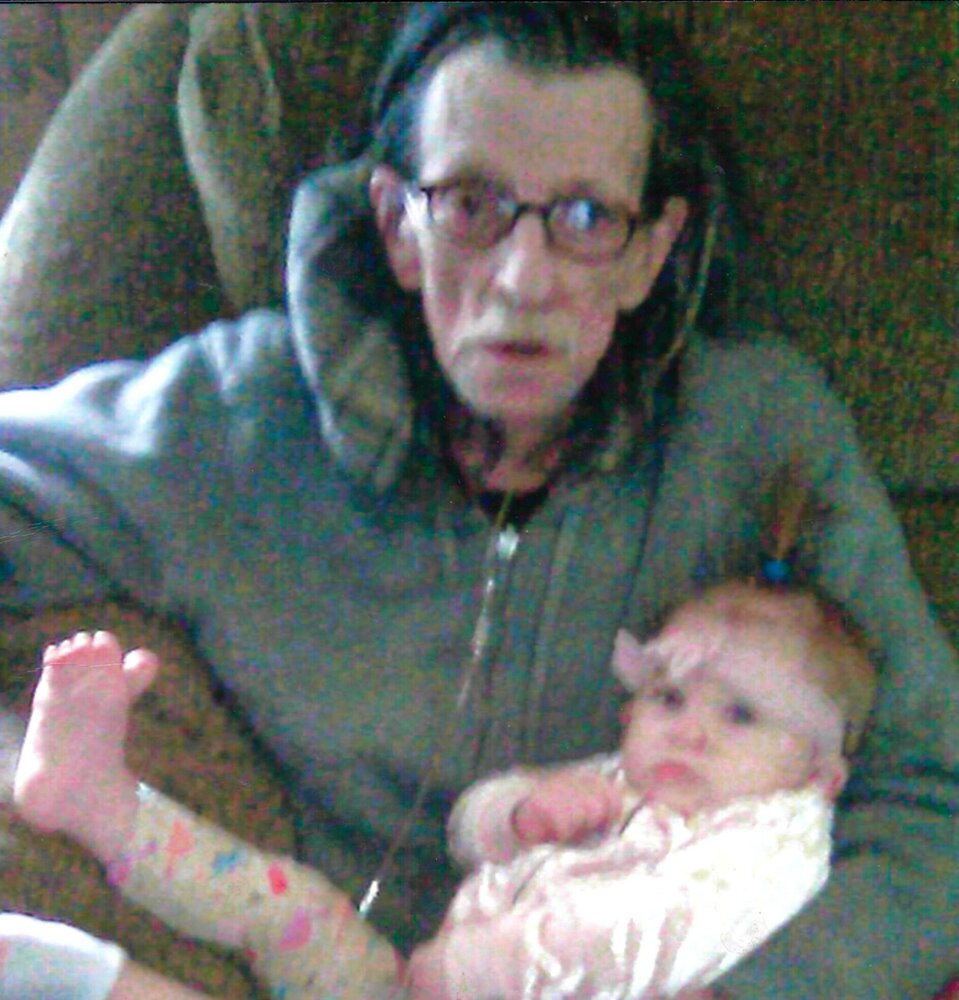 Please share a memory of Joseph to include in a keepsake book for family and friends.
View Tribute Book
Mr. Joseph E. Kelly, 77, of Beck Street, Fort Plain, New York died Sunday, December 19, 2021 at St. Mary's Healthcare of Amsterdam, following a long illness. Born on April 27, 1944 of Menands, NY, he was the son of Gregory J. Kelly and Dorothy Spain. He had been a resident of the Fort Plain area since 2007, previously residing in Stillwater Joe was a delivery person for Empire Merchants in Coxsackie for over 20 years. Mr. Kelly served in the US Navy from 1961-1965. He was of Christian faith. He was a member of the Fort Plain VFW Earl Stock Memorial Squad, and Teamsters Union. He enjoyed painting, camping, art, wood sculpting, and joyriding in his caddy. Joe was married in heart to Barbara Brennan for 12 years until her death on January 20, 2020. His sisters, Candice Kelly, Barbara Morse; and brother, Gregory Kelly also predeceased him. Mr. Kelly is survived by his sons, ShawnJoseph Kelly, Channing Kelly, Micklevy Jude Kelly and wife, Jade Monk, Jerico Kelly, Joseph Kelly, Brian Kelly; daughters, Jovy Savanah, Amber Lee Rose; 7 grandchildren. In lieu of flowers please consider donations in memory of Mr. Joseph E. Kelly to St. Jude's Children's Research Hospital, Memorial and Honor Program-F, 501 St. Jude Place, TN 38105-1905. Arrangements are pending and will be announced.
To send flowers to the family or plant a tree in memory of Joseph Kelly, please visit Tribute Store

Look inside to read what others have shared
Family and friends are coming together online to create a special keepsake. Every memory left on the online obituary will be automatically included in this book.
View Tribute Book
Services for Joseph Kelly
There are no events scheduled. You can still show your support by sending flowers directly to the family, or planting a memorial tree in memory of Joseph Kelly.
Visit the Tribute Store

Share Your Memory of
Joseph
Upload Your Memory View All Memories
Be the first to upload a memory!
Share A Memory
Send Flowers
Plant a Tree