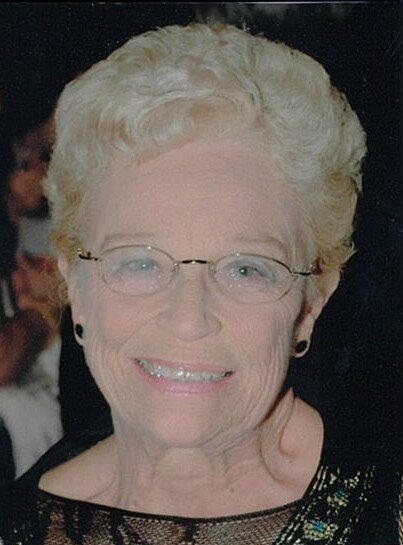 Please share a memory of Shirley to include in a keepsake book for family and friends.
View Tribute Book
Mrs. Shirley Jean Vouga Schaffer, 88, of Seebers Lane, Canajoharie, New York died Wednesday, October 6, 2021 at St. Mary's Healthcare in Amsterdam. Born on September 13, 1932 in Town of Canajoharie, she was the daughter of Albert G. Vouga of Bevaix, Switzerland, a former area watchmaker and jeweler, and Dorothy Heiser Vouga/Miller of the Township of Canajoharie. After Shirley's father died in 1945, her mother later married Edmond Miller of Canajoharie. Shirley's mother died in 1994. Shirley had a younger brother, Vernon Vouga, who died in 2015. Shirley was a lifelong resident of Canajoharie, her family's home was at 127 Walnut Street in Canajoharie. Mrs. Schaffer attended Canajoharie Central School System, graduating with the Class of 1950. She attended K-6th grades at Academy School on Cliff Street and grades 7-12 at the High School on Erie Blvd. On May 19, 1951 at St. John's & St. Mark's Lutheran Church in Canajoharie, Shirley was married to William H. Schaffer, the son of Roy and Irene DeNault Schaffer of Canajoharie with Rev. Paul C. Reisch officiating. Shirley and Bill celebrated 63 and 1/2 years before his death in 2014. When Shirley's husband returned home from the Korean War, she and her husband, Bill moved into their newly purchased home at 114 Seebers Lane in the Township of Canajoharie. Shirley pursued a secretarial career after High School. For 16 years she worked in the offices of Beech-Nut, LifeSavers, Inc. as an Executive Secretary. She later took employment with the Canajoharie Central School System as Secretary to the High School Principal, serving there 19 years, retiring May 1993. Mrs. Schaffer was a life-long member of St. John's & St. Mark's Lutheran Church of Canajoharie, where at various times in her life, she served as Sunday School Teacher, Vacation Bible School Teacher, Assisting Minister, Eucharistic Minister, Lector, Usher, Communion Server, sang for many years with the Church Choir, served on the Church Guild, and sat on Church Council. Shirley was a member of the Heiser Family Reunions, where she had, over many years, served as Secretary-Treasurer and most recently as the Heiser Family Geneologist. She spent years researching and authoring "Heiser Sprouts", a family journal depicting the history of the Heiser Family from it's roots in Hanover, Germany to their entrance to the Mohawk Valley in New York State. Shirley was also a member of the Worship and Music Committee of St. John's & St. Mark's Lutheran Church. Shirley and her husband, Bill loved to travel and for many years traveled throughout the United States, Canada, Mexico, 13 European Countries and routinely sailed the Caribbean and Mediterranean Seas. Shirley also enjoyed knitting, reading, and cross-stitching. Mrs. Schaffer is survived by her 2 sons, Kimberly Schaffer, Stephen Schaffer; 4 grandsons, Ambrose & Leah Schaffer, Christopher Schaffer & Tara, Kainen & Nicole Hernigle, Bryce Schaffer; 5 great-grandchildren, Aleah, Elijah, Paige, Karson, Alexis; sister-in-law, Marian Vouga; niece and nephew, Donald & Sylvia Becker and their son, Stephen; many cousins, including the Heiser Family. A funeral service will be held on Tuesday, October 12, 2021 at 10:00am at St. John's & St. Mark's Lutheran Church, Church Street, Canajoharie, NY 13317. The family will receive relatives and friends on Monday, October 11, 2021 from 4:00-7:00pm at The Chapel of Houghtaling & Smith Funeral Home, Inc., 20 Otsego Street, Canajoharie, NY.
To send flowers to the family or plant a tree in memory of Shirley Schaffer, please visit Tribute Store
Monday
11
October

Share Your Memory of
Shirley
Upload Your Memory View All Memories
Be the first to upload a memory!
Share A Memory
Send Flowers
Plant a Tree