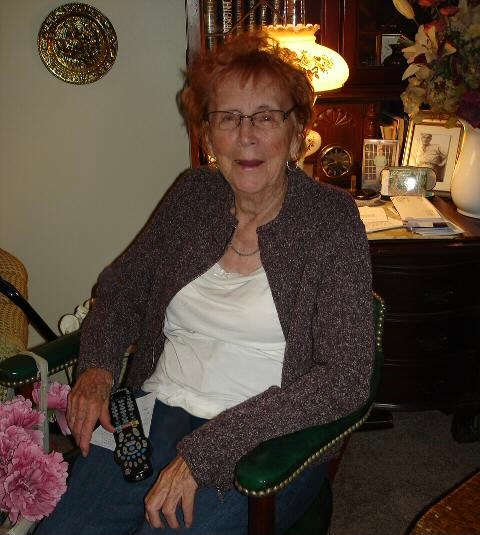 Please share a memory of Virginia to include in a keepsake book for family and friends.
View Tribute Book
Mrs. Virginia C. Ortlieb passed away on Sunday, October 3, 2021 at Saint Elizabeth’s Hospital in Utica, New York at the age of 97. Her long, rich life gave her the opportunity to live in a wide variety of places, most recently in Herkimer, NY with her daughter and son in-law: Sharon and John Ciko. Before that, she resided in Palatine Bridge for over 20 years right next to her daughter Brenda Ortlieb. Going back even farther, she lived in Dolgeville with her husband William Ortlieb, who preceded her in death. They raised their three children, David, Sharon, and Brenda, in a lovely yellow house at 29 Van Buren Street where they made countless beautiful memories. 29 Van Buren Street was William’s childhood home, and for a time, several generations of the family lived together. Virginia enjoyed many peaceful hours spent with William’s mother, Julia, who taught her how to cook. The entire family also loved spending summers swimming, having fires, and enjoying each other’s company at the nearby Keyser Lake camp. Virginia and William had a very large family who lived nearby and cherished every minute together. She and her children made frequent trips to Palatine Bridge to visit her mother, Maude, where they spent countless afternoons on the front porch chatting with plenty of visits to the custard shop to sweeten up the day. Born on October 27th, 1923 in Gloversville, Virginia was the daughter of Herschel Collins and Maude Wessell. She diligently attended the Ames School in her youth, walking several miles to and from classes every single day. This was the beginning of an admirable work ethic that led her to take up a job at the Beech-Nut factory in Palatine Bridge. She boxed gum in the factory for over 22 years, with a noble interlude during World War II which was spent creating microchips for radios to be sent overseas to support the American troops. She loved dancing more than anything in those days, and would go out every night with her friends, despite having to be in to work at six in the morning! She retired from the factory in 1986, and lived more in those 35 years up until her death than most people live in an entire lifetime. During her time in Palatine Bridge, she loved spending time with her many friends and former coworkers, whether it was at the McDonalds up on the hill or one of the many local diners. She was a member of Saint John and Saint Mark’s Lutheran Church in Canajoharie. After moving to Herkimer, Virginia continued to be a very kind and adventurous soul who loved spending time with her family. She loved spending the day out and about, visiting the mall and going to garage sales. She was also a seasoned traveler and especially looked forward to her yearly visit to Bar Harbor, Maine. She leaves behind three children who will miss her dearly: A son, David Ortlieb of Murfreesboro, Tennessee; A daughter, Sharon, and her husband John Ciko of Herkimer, New York; and a daughter, Brenda Ortlieb and her husband Larry Dobson of Palatine Bridge, New York. She also loved her grandchildren very much and cherished every minute with them: Robert Keyser, and wife, Abby, of North Carolina; Erica Ciko Campbell, and husband, Jeremy, of Ilion, New York; and Elizabeth, William, and Faith Ann Ortlieb of Murfreesboro, Tennessee—along with their mother, Kimberly. She also had three beautiful great-grandchildren: Sloane, Logan, and Reagan. Her two cousins Sonny and Clara were also very special to her, as well as the many nieces and nephews that she enjoyed spending time with. She was preceded in death by her husband William Ortlieb, her mother Maude Collins, her father Herschel Collins, her brother Elliot Collins, and his wife, Alice. Private graveside services will be held at the Ames Cemetery. Contributions in memory of Mrs. Virginia C. Ortlieb may be made to the American Heart Association or to the Ames Cemetery Assoc. . Written with love by granddaughter Erica Ciko Campbell
To send flowers to the family or plant a tree in memory of Virginia Ortlieb, please visit Tribute Store

A Memorial Tree was planted for Virginia
We are deeply sorry for your loss ~ the staff at Houghtaling & Smith Funeral Home, Inc.
Join in honoring their life - plant a memorial tree
Online Memory & Photo Sharing Event
Online Event
About this Event

Look inside to read what others have shared
Family and friends are coming together online to create a special keepsake. Every memory left on the online obituary will be automatically included in this book.
View Tribute Book
Services for Virginia Ortlieb
There are no events scheduled. You can still show your support by sending flowers directly to the family, or planting a memorial tree in memory of Virginia Ortlieb.
Visit the Tribute Store

Share Your Memory of
Virginia
Upload Your Memory View All Memories
Be the first to upload a memory!
Share A Memory
Send Flowers
Plant a Tree