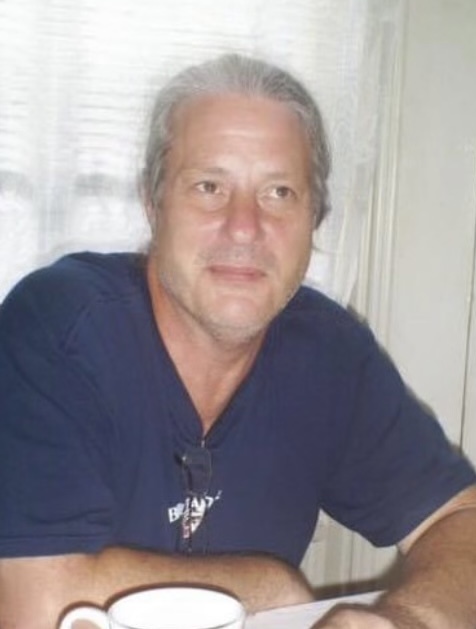 Please share a memory of Stephen to include in a keepsake book for family and friends.
View Tribute Book
Stephen J. Kerzner-born in Brooklyn, NY on March 28, 1954, died in Schenectady, NY on June 1st, 2021. Stephen J. Kerzner was also known as Steve, Dad, Poppa, the Music Man, the Dude... El Duderino, if you're not into the whole brevity thing. Steve is survived by his first wife, Kathleen Yager, his three children-Katie Miller, Stephen Kerzner, and Jessica (Sassy) Kerzner; his three grandchildren-Robert Pedrozo, Tyler Peterson and Elyse Miller; his dog, Hana; his mother, Grace Kerzner, sister Barbara Policano, and two brothers-Francis and Kenneth Kerzner. He is pre-deceased by his father, Francis L. Kerzner and his wife Sharon Kerzner. Born in Brooklyn, New York but raised in Glendale, Queens; Steve attended St.Pancras grade school, where he made many lasting friendships. He subsequently attended and graduated from Aviation High School in Queens. Steve then went onto procure a fruitful career as a mechanic in the commercial airline industry. Highly intelligent and naturally inclined to mechanics, Steve loved taking things apart and putting them back together, and making sure it was done the right way. His grandchildren knew him to be able to fix anything and often called on him to do so. Steve was so smart that he would do the daily crossword puzzles from the paper in pen, and then let the newspaper know when they'd made a mistake. He had a passion for good food, good music, and a good laugh. He lived out his life the way he wanted to and put a tremendous amount of care into all that he did. Throughout his adult life, Steve lived in various locations along the East Coast including Fort Plain, New York; Tampa, Florida and Littleton, Maine. In 2006, Steve, semi-retired, moved from Maine to Herkimer, NY to be closer to his children and grandchildren. Never one to live the sedentary lifestyle; he would go on to become a bartender at Pete's, making lasting connections with coworkers, patrons, and the other players in his dart league. In 2016, he left Herkimer to live with his daughter in Tribes Hill, NY. His final years would be filled with all of the things he loved best- family gatherings, milestones, and celebrations where he knew there was a space reserved just for him. He spent endless hours relaxing by the pool, listening to Radio Woodstock, growing his own vegetables in the garden for pickling, grilling in the backyard, and taking joy in telling dad jokes. He was generous, kind, smart, witty, and made an everlasting impression on those around him. He truly fit in anywhere he went. He was so tremendously loved and will be deeply missed. Rest easy, Dude. We know that you will.
To send flowers to the family or plant a tree in memory of Stephen Kerzner, please visit Tribute Store
Sunday
6
June

Share Your Memory of
Stephen
Upload Your Memory View All Memories
Be the first to upload a memory!
Share A Memory
Send Flowers
Plant a Tree