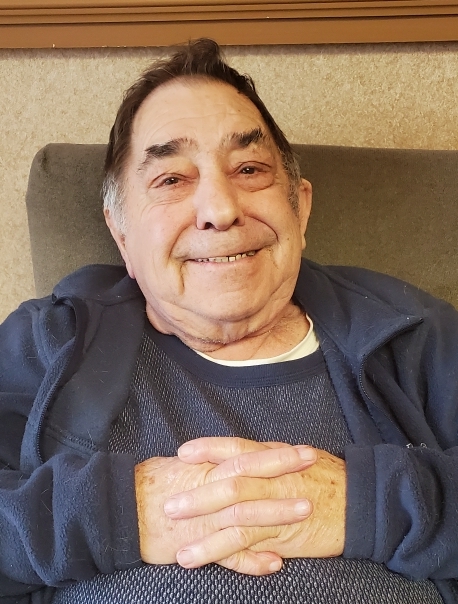 Obituary of William B. Cool, Sr.

Please share a memory of William to include in a keepsake book for family and friends.
View Tribute Book
Mr. William B. Cool, Sr., 85, of Nellis Street, Nelliston, New York died Friday, March 5, 2021 at his home. Born on September 27, 1935 in Gloversville, NY, he was the son of Frank Cool and Beatrice Garlock Cool. He attended school in Ephratah, Johnstown, and Fort Plain and was a lifetime area resident. Mr. Cool was employed at LifeSavers in Canajoharie for 35 years as a machine adjuster. He served in the US Marine Corp. from 1954-1958, obtaining the rank of Corporal. Mr. Cool was a life member of the Fort Plain VFW Earl Stock Memorial Post #3275. He was a member of the Eagles Club in Cobleskill and the Loyal Order of the Moose #853 of Canajoharie. On August 17, 1977 Bill married Ada M. Horning. She preceded him in death on November 7, 2009. Bill was also pre deceased by his first wife, Shirley Cittadini; his brothers, Wilfred, Eugene, and James “Jim” Cool; twin sisters, Bernice and Beatrice Cool; sisters, Jane Angus, Caroline Gray. Mr. Cool is survived by his daughter, Sherry and Michael Stetin; son, William Edward and Mary Beth Cool; sisters, Edna Gray, Betty Harlow and Edward; sister-in-laws, Betty Cool and Arlene Cool; Brother-law Harley Angus, grandchildren, Christopher Stetin, Courtney (Ethan) Hawver, William C. (Megan) Cool, Robert Cool; great-grandchildren Aly Rose, William Henry, Kennedy Jane, and Emmett Gage; and several nieces, nephews, and cousins. A special thank you to Kelly VanLoan for making her haircutting house calls to help keep his ears lowered. A graveside funeral service will be held at 12:00 Noon On Saturday May 22, 2021 at Fort Plain Cemetery. Arrangements are entrusted to Gray-Houghtaling & Smith Funeral Home, 34 Center Street, Fort Plain, NY 13339.
To send flowers to the family or plant a tree in memory of William Cool, Sr., please visit Tribute Store

A Memorial Tree was planted for William
We are deeply sorry for your loss ~ the staff at Gray-Houghtaling & Smith Funeral Home
Join in honoring their life - plant a memorial tree
Services for William Cool, Sr.
There are no events scheduled. You can still show your support by sending flowers directly to the family, or planting a memorial tree in memory of William Cool, Sr..
Visit the Tribute Store