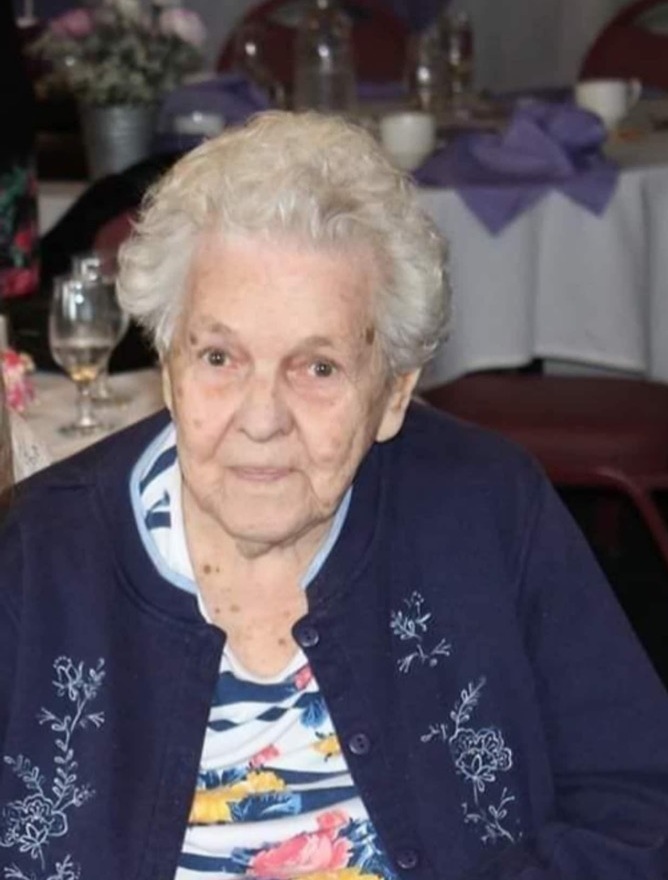 Please share a memory of Bernice to include in a keepsake book for family and friends.
View Tribute Book
Mrs. Bernice I. Davi, 88, of Carlisle Road, Canajoharie, New York passed away peacefully Friday, January 1, 2021 at her home, surrounded by her family. Born on February 11, 1932 in Sloansville, NY, she was the daughter of Theron Tallmadge and Leona Smith Tallmadge. She was a graduate of Schoharie Central School and she attended Albany Business College. She was a lifetime area resident. Mrs. Davi worked as a legal secretary for several local area law firms including, Martin & Harding, Salmon & Salmon, and Mackenzie & Brower. She was also a secretary for the former Central National Bank in Canajoharie. Following her retirement Mrs. Davi worked for Price Chopper as the “Sample Lady”, a job she really enjoyed doing. Mrs. Davi served as Justice of the Peace for Town of Root. She was of Methodist faith. She loved bird watching, and cooking spaghetti dinners on Sundays. She had a green thumb and a love for Boston Terriers. She loved dogs so much she would even babysit for her grandpups at her home doggie daycare. Most of all she loved spending time with her grandchildren and great-grandchildren. On January 27, 1951 Bernice was married to Anthony James Davi. Together they celebrated almost 70 years of marriage. Her son, Salvatore James Davi predeceased her on July 2, 2003. Mrs. Davi is survived by her husband, Anthony Davi; son, Michael (Julie) Davi; daughters, Bettina (Donald) Krieger, Samantha Davi Eyster (Bill); sister, Verelyn (Lee) Robertson; grandchildren, Tony (Adoni) Davi, Michael (Lisa) Davi, Jr., Amber (Brian) Dailey, Marcia (Craig) Shults, Christian (Courtney) Eyster; great-grandchildren, Brooke Dailey, Tiffany Shults. Services at this time will be private and at the convenience of the family. A public graveside service will be held in the spring and will be announced. Arrangements are entrusted to Houghtaling & Smith Funeral Home, Inc., 20 Otsego Street, Canajoharie, NY 13317. The family wishes to extend a special thank you to those involved in caring for Bernice over these past few years. Contributions in memory of Mrs. Bernice I. Davi may be made to Ayres Memorial Animal Shelter, Inc., 133 Hilltop Road, Sprakers, NY 12166.
To send flowers to the family or plant a tree in memory of Bernice Davi, please visit Tribute Store

A Memorial Tree was planted for Bernice
We are deeply sorry for your loss ~ the staff at Houghtaling & Smith Funeral Home, Inc.
Join in honoring their life - plant a memorial tree
Services for Bernice Davi
There are no events scheduled. You can still show your support by sending flowers directly to the family, or planting a memorial tree in memory of Bernice Davi.
Visit the Tribute Store

Share Your Memory of
Bernice
Upload Your Memory View All Memories
Be the first to upload a memory!
Share A Memory
Send Flowers
Plant a Tree