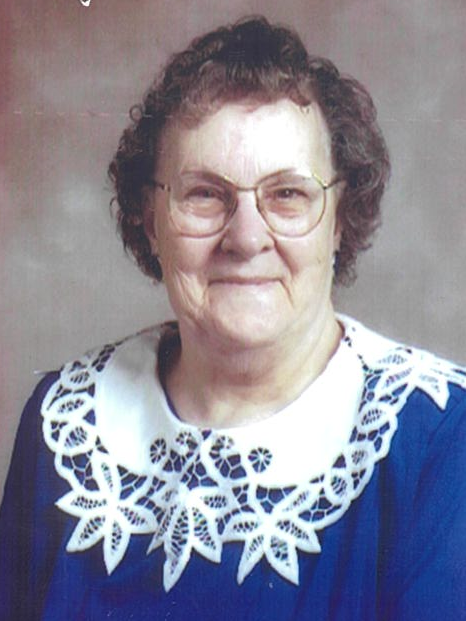 Mrs. Bessie J. Lasher, 98, of Northern Terrace, Fort Plain, New York passed away Sunday, November 1, 2020 at her daughter’s home in Little Falls, NY. Born on August 27, 1922 in Burtonville, NY, she was the daughter of the late Donald Tabor and Gertrude Relyea Tabor. She was a graduate of Owen D. Young School, Class of 1940 and was a lifetime area resident. When she retired from work, she attended BOCES in Johnstown and got her Certificate of Completion for a Home Health Aide on December 17, 1987. She then went to work for the Office of the Aging, as an Outreach Worker. Mrs. Lasher was a member of the former Universalist Church of the Messiagh of Fort Plain, which her late grandfather, the Rev. Manly Tabor was the former pastor. She was at one time Superintendent of the Fords Bush Sunday School, a branch of the Fort Plain Universalist Church and which was held in the Universalist Church in Fords Bush. She was a Past Noble Grand and over 30 year member of Three Links Rebekah Lodge #235 of Little Falls, IOOF, of which she served 2 terms as Noble Grand, also a former member of the Herkimer County Past Noble Grands Association. She was also Past Lady President of the Patriarch Militants, IOOF and Past Oracle of the Royal Neighbors of America of Little Falls of which she was still a member for over 50 years. She was a former member of the Fort Plain Nelliston Senior Citizens Group. She belonged to the St. Johnsville Senior Citizen Saints. She had also been a member and President of Board of Directors of the Fort Plain Senior Center, Inc. and she volunteered there for many years. She enjoyed dancing, sewing, crafts, playing cards, crocheting, and jigsaw puzzles. She and Melvin enjoyed over thirty years of riding their snowmobiles and motorcycle and the Saturday night card games with their friends, prior to his passing.. She was twice married, first to Leland W. Lasher, they were the parents of 4 children. She later married Melvin R. Lasher and they became the parents of 3 children. Both husbands predeceased her. Mrs. Lasher was also predeceased by her brothers, Rexford, Howard, Melvin, and Frank Tabor; sister, Isabella “Beldora” Richards; son-in-law, Allen Warner. Mrs. Lasher is survived by her 7 children, Eileen Lasher Warner, James Lee Lasher, Sr., Melanie Lasher Hart and Donald, Merry Ellen Gaughan, Kevin A. Lasher and Dana, Timothy Lasher and Leiani, Dodie Lynn Pattavina; 19 grandchildren; 32 great-grandchildren; several nieces, nephews, and cousins. A funeral service will be held on Saturday, November 7, 2020 at 10:00AM at the Chapel of Gray-Houghtaling & Smith Funeral Home, 34 Center Street, Fort Plain, NY. The family will receive relatives and friends on Friday, November 6 from 4:00-7:00PM at the funeral home. Burial will take place in Fort Plain Cemetery. Contributions in memory of Mrs. Bessie J. Lasher may be made to the charity of one’s choice.
To send flowers to the family or plant a tree in memory of Bessie Lasher, please visit Tribute Store
Friday
6
November

Share Your Memory of
Bessie
Upload Your Memory View All Memories
Be the first to upload a memory!
Share A Memory
Send Flowers
Plant a Tree