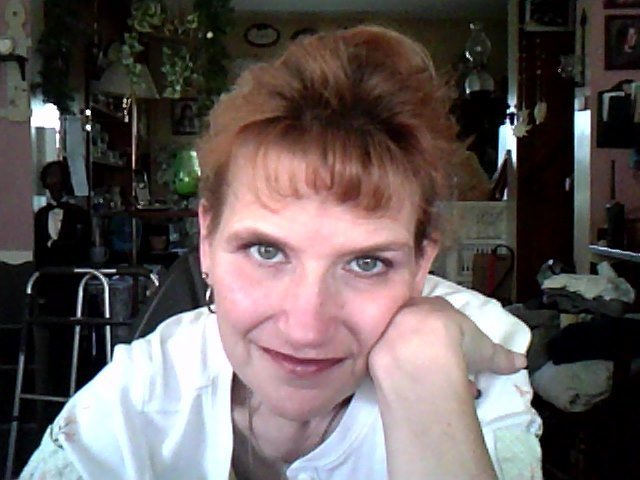 Annette Marie Kaczor-Carter, Wagner Street, Fort Plain NY, passed away unexpectedly at her home June 28, 2020 after a long illness. She was born in Gloversville NY on Nov 20, 1966 to Fred and Theresa Hilliard Kaczor. She grew up in Amsterdam NY and graduated from Amsterdam High School in 1984. She was active during her school years as a gymnast and was a cheerleader for the high school wrestling team. After graduation, she joined the United States Navy and served proudly for six years before being honorably discharged. During her time in the Navy, she was a flyer and flew on the Hercules C-130 planes over the Atlantic Ocean and to many other locations. She was also an airplane mechanic and worked on many planes doing various maintenance while in the Navy. She developed Multiple Sclerosis in 1998 and did what she could to push herself to beat it. She was very active and did cross stitching and crafts. She was an active member of the Mayfield Servicemen's Club of Mayfield, where she was a board member. She was a member of the Sunnyview MS Club of Schenectady. Annette was very helpful to others and would often go out of her way to help another person. On May 17, 2007 she married Robert C Carter of Fort Plain NY. She is survived by her husband Robert, her parents, Fred and Theresa Kaczor. Two brothers, John and Jim, several cousins , numerous friends and two step children, Victoria L Carter(Eric Steenburg) of Fort Plain NY and Jonathan C Carter of Nelliston NY. A graveside service will be held on Thursday, July 2, 2020 at 11:00AM at Gerald BH Solomon Saratoga National Cemetery. We ask anyone in attendance to please wear a mask and be mindful of social distancing.
To plant a tree in memory of Annette Kaczor-Carter, please visit Tribute Store
Services for Annette Kaczor-Carter
There are no events scheduled. You can still show your support by planting a tree in memory of Annette Kaczor-Carter.
Visit the Tribute Store

Share Your Memory of
Annette
Upload Your Memory View All Memories
Be the first to upload a memory!
Share A Memory
Plant a Tree