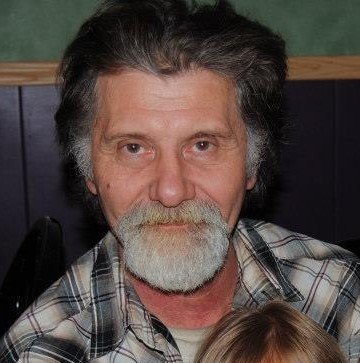 Mr. George H. "Geo" Euler, 61, of Mohawk Street, Canajoharie, New York died Wednesday, June 17, 2020 at St. Mary’s Healthcare in Amsterdam, following an almost 7-year battle with cancer. Born on October 12, 1958 in Amsterdam, NY, he was the son of Henry G. Euler and Harriet Siets Euler. He was a graduate of Canajoharie High School, Class of 1976. He was a lifelong area resident. George worked at Key Mark in Fonda as a Foreman, starting in 1999. Prior to working for Key Mark he worked for over 20 years at Beech-Nut in Canajoharie. He was of Catholic faith. George was a member of the Canajoharie Fish & Game Club. He enjoyed fishing and hunting, even loading his own shotgun shells. He could make Jerky out of anything. He was an Eagle Scout and earned all three palms. On August 9, 2007 in Fonda, NY, George was married to Helen P. Trucker Slater. His father, Henry G. Euler predeceased him, along with several aunts and cousins. George is survived by his mother, Harriet Euler; wife, Helen P. Euler; daughter, Jennifer Cary and her husband, Matt; son, Justin Euler; stepsons, Ryan Slater, Gary Slater, Scott Slater; 5 brothers, Larry Euler and Barbara, Richard Euler and Nell, Dennis Euler and Kim, Gene Euler and Jen, Ronald Euler and Cherish; 11 grandchildren, Ryley, Kendra, Cayden, Ava, Persephone, Gunnar, Shelby, Kyley, Arbranna, Kayley, Keagen; as well as several nieces, nephews, and cousins. Services are private and will be held at the convenience of the family. Arrangements are entrusted to Houghtaling & Smith Funeral Home, Inc., 20 Otsego Street, Canajoharie, NY 13317. Contributions in memory of Mr. George H. Euler may be made to the Canajoharie Volunteer Fire Department, PO Box 28, Canajoharie, NY 13317.
To plant a tree in memory of George Euler, please visit Tribute Store
Services for George Euler
There are no events scheduled. You can still show your support by planting a tree in memory of George Euler.
Visit the Tribute Store

Share Your Memory of
George
Upload Your Memory View All Memories
Be the first to upload a memory!
Share A Memory
Plant a Tree