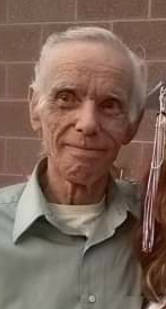 Born on February 15, 1944 in Amsterdam, NY, he was the son of Paul Bouck and Ida Mae Bellinger Bouck.  He was a graduate of Canajoharie High School and received a degree from Schenectady Community College in Abnormal Psychology.  He had been a resident of the Schenectady area since 1987, previously residing in Canajoharie and Fonda-Fultonville.

Mr. Bouck worked in maintenance for Sunnyview Rehabilitation.  He also worked for New Visions as a caretaker for disabled adults, and St. Ann’s as a security guard.  He was a real estate salesman and dabbled in trading stocks and bonds.

He was a past member of the Fort Plain VFW Earl Stock Memorial Post #8275.  He enjoyed golfing, bowling, playing chess, video games, and computers.  He was an avid fan of the NY Giants and Yankees and loved watching American Idol.

A graveside service of Reembrace will be held on Saturday, October 12th, 2019 at 12:00 Noon, at Evergreen Cemetery, Martin Road, Fonda, NY.

Share Your Memory of
Russell
Upload Your Memory View All Memories
Be the first to upload a memory!
Share A Memory
Plant a Tree